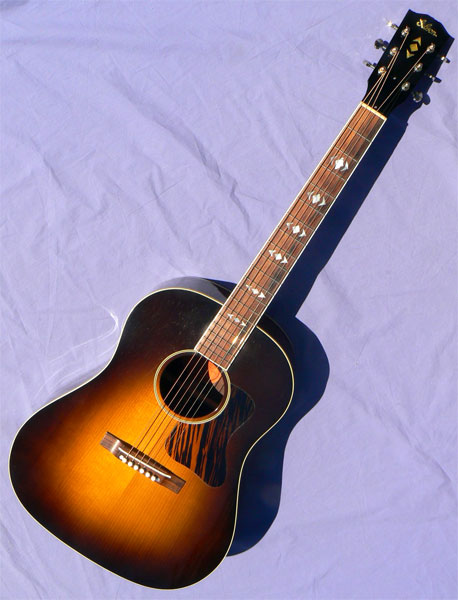 Notes: Bowing to the popularity of Martin's pioneering dreadnought guitars, Gibson introduced their Jumbo model in 1934. With its signature slope-shoulder mahogany body, the Jumbo was the firm's biggest and most powerful flat top to date. By 1936 the Jumbo was replaced with a guitar that has become as legendary as it is rare: Gibson's Advanced Jumbo.

Built only through 1939, the Advanced Jumbo was crafted with a body of solid rosewood, and a lengthened scale of 25 1/2". The combination gave the instrument exceptional volume, projection and sustain, and its generous 1 3/4" nut has made it a favorite of both pick and fingerstyle players to this day. However, only 300 examples were built in its entire run, making the Advanced Jumbo one of the most prized and costly of all Gibson flat tops.

Prototyped as early as 1992, Gibson's Luthier's Choice Advanced Jumbo was the most faithful reissue of this classic model ever produced. Brought into limited production by 1997, this premium AJ featured a solid Adirondack red spruce soundboard, with a body, fingerboard and bridge of solid, highly figured Brazilian rosewood. Crafted by Ren Ferguson and his crew at Gibson's Bozeman, MT Custom Shop, the Luthier's Choice was built with Brazilian tonewood until around 2006, as we understand, at which point the rosewood began to be sourced from Madagascar.

This gleaming instrument has been maintained in 100% original condition, and appears virtually unplayed. The back and sides show remarkably intense figure, with a masterfully shaded soundboard in classic prewar style. At just 4lb 14oz, the guitar is notably lightweight and well balanced, and the voice is clear, detailed and deeply resonant, with exceptional power and sustain.

The action is smooth and low with a fresh high-precision setup, over a classic full C profile neck, solid but not clubby. The original Gibson-logo hardshell case is every bit as pretty as the guitar itself, and contains all original paperwork, humidifier, soundhole plug and extra bridge pins. An outstanding example of Gibson's custom luthiery at its very best, with tonewood we're not likely to see again. One only: call now.

Setup: This instrument is strung with medium gauge bronze strings (.013-.056). The guitar will accommodate lighter or heavier gauge strings, according to preference. String action is set at 4/64" to 5/64" at the 12th fret, with moderate relief for acoustic playing with medium strings. 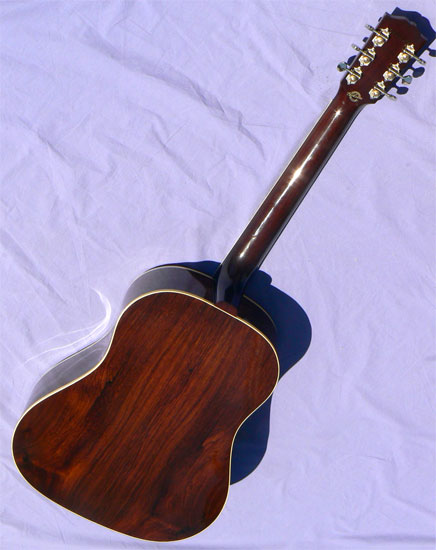 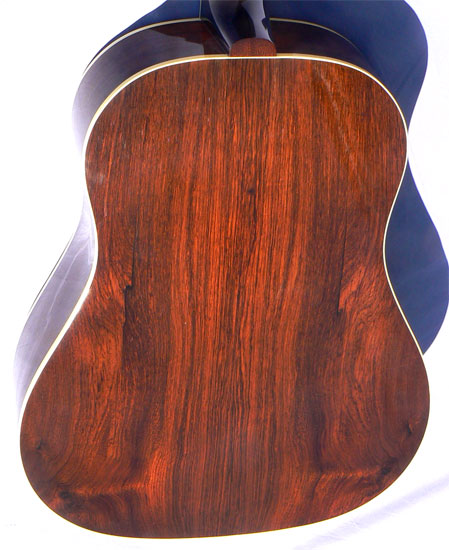 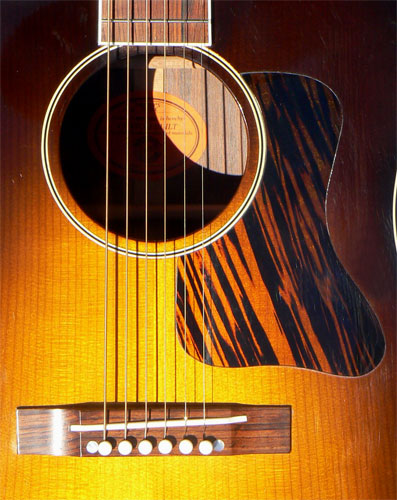 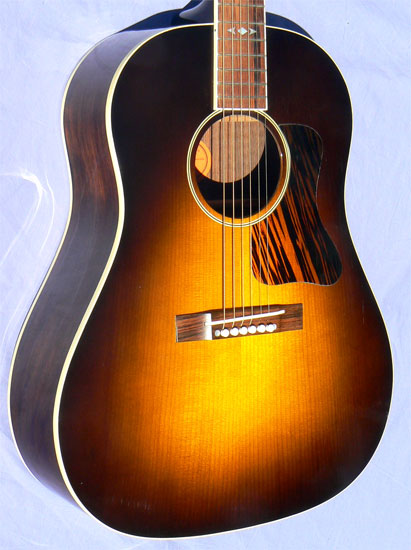 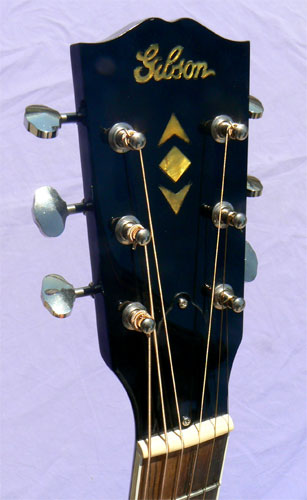 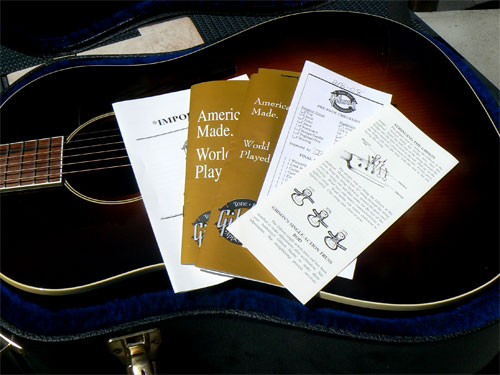