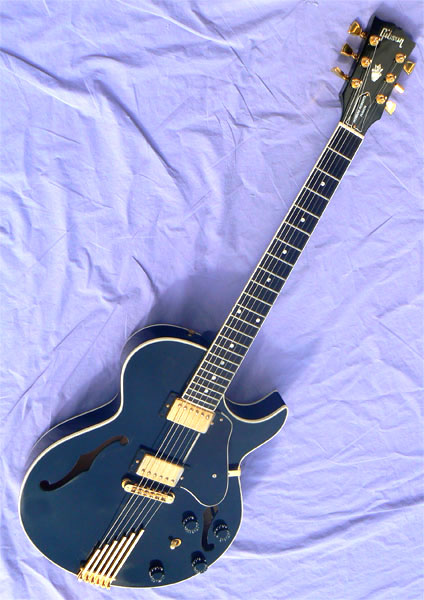 Notes: A legend among guitarists, the late Howard Roberts dominated the Hollywood studio scene for over a quarter of a century, having played on literally thousands of pop hits, film soundtracks, and a notable series of solo albums. Roberts' creativity was not limited to the fretboard alone. He was a relentless tinkerer with his instruments, often customizing them beyond recognition. Little surprise then that when Gibson came to call, Howard was ready with ideas for a truly innovative guitar for the working player.

The Howard Roberts Fusion made its debut in 1979, and combined a number of signature features from some of Gibson's most successful models. The deep Florentine cutaway body extended the reach of the ES-175 with a neck that joins the body at the 16th fret. The intermediate 2 5/16" body depth is unique in the line, and represents a comfortable compromise between the full sized archtops and the slimline ES-335 family. And like the latter model, the Fusion offers superior feedback resistance with an internal sound block that increases sustain.

The Fusion III was introduced in 1991, with significant upgrades including gold hardware, a bound fingerboard and the adjustable finger tailpiece, borrowed from the upscale Le Grande archtop. The last Fusion rolled off the line in 2009, making this model now sought after by both players and collectors alike.

Crafted with an dramatic ebony finish, this handsome guitar has 100% original hardware and finish, with no cracks, pick, thumb or fingerboard wear. Apart from a few traces of wear where some small bits of tape were once affixed to the top, the guitar shows only very light normal playwear, with the usual fogging on the pickup covers. The guitar has smooth low action over fine pro fretwork, with a fresh high precision setup on the comfy, medium C profile neck. The original brown Gibson logo hardshell case includes the pink silk coverlet as well as original hang tag and factory paperwork.

The sum of many parts, the Howard Roberts Fusion remains one of the most playable, and versatile, models Gibson ever produced, equally at home with smoking bebop as downhome blues. One only: call now.

This instrument is strung with medium-light gauge nickel roundwound strings (.011). The guitar will accommodate lighter or heavier gauge strings, according to preference. String action is set at 4/64" to 5/64" at the 12th fret, with moderate relief. The action may be lowered or raised to your requirements with the adjustable bridge. 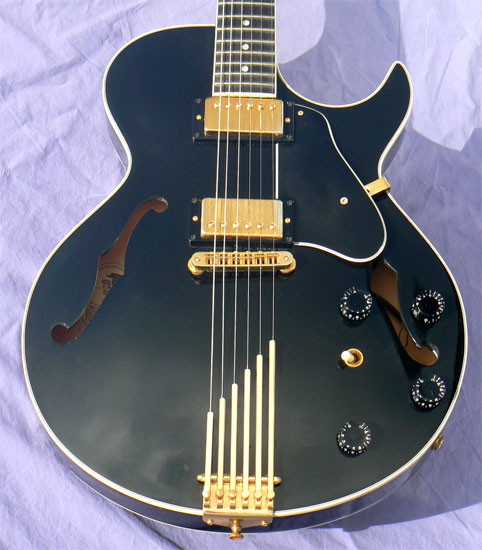 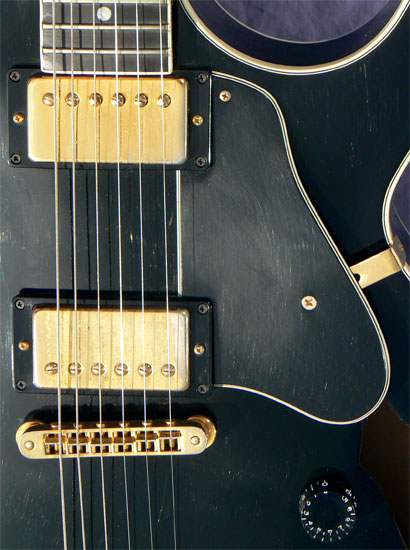 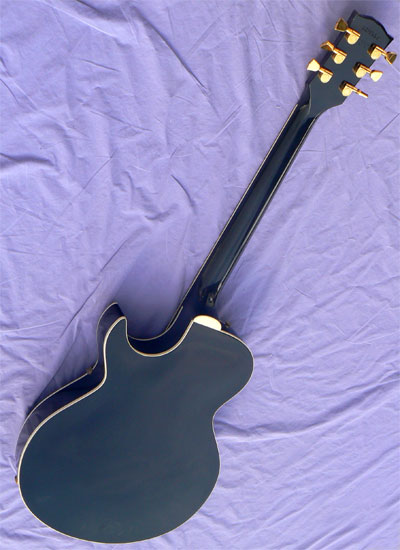 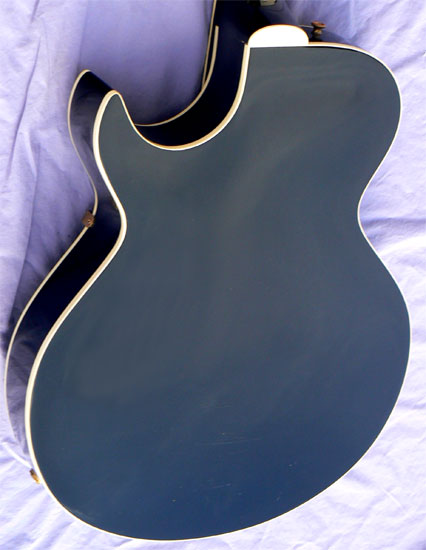 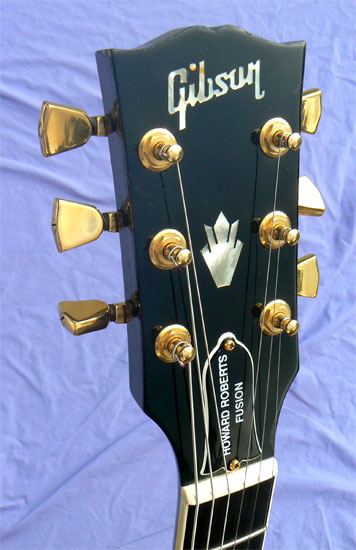 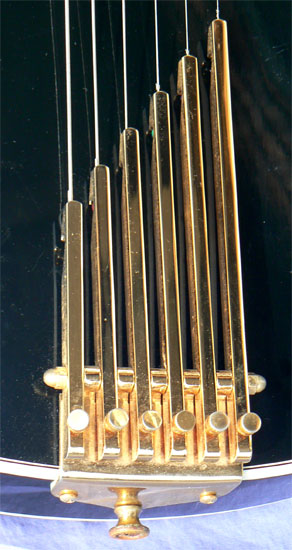