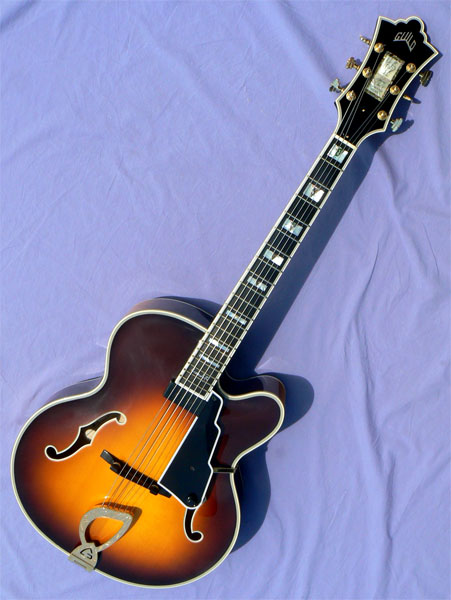 Notes: His "Moonlight in Vermont' was a runaway hit: one of the greatest selling jazz albums of all time. His composition 'Walk Don't Run' spent 18 weeks in the Top 40. Chord melody maestro Johnny Smith virtually defined the role of the jazz guitar in the cool jazz era, and he will always be known as one of the most illustrious virtuosos of the instrument. And in his spare time, Smith became the only guitarist in history to have designed instruments with all five of America's preeminent archtop guitar builders.

His debut effort with Gretsch after WWII ended quickly when the neck on the prototype twisted badly. Smith then joined briefly with Epiphone to create an archtop with a single 'horse collar' soundhole, which also failed to make it into production. His first real design success came in 1956, when he teamed with Guild to create the firm's top-of-the line guitar. Smith envisioned a versatile instrument that could combine the warm resonance of his D'Angelico acoustic with the smooth electric sound of his Guild X-550. The result was the Guild Johnny Smith Award, which was offered until 1960, when it was renamed the Guild Artist Award, becoming one of the world's most popular jazz guitars to this day.

In March of 1999, the Guild Guitar Company joined forces with Bob Benedetto, then as now the most celebrated luthier in the archtop world. Bob felt a kinship with Guild, as both had begun business devoted to the production of archtop guitars, and Benedetto had long felt that his intensive research and expertise could help the firm refine its legendary guitars to even higher performance standards. And finally in 2002, having lent his name to both Gibson and Heritage over the intervening five decades, Johnny Smith returned to Guild to launch the newly redesigned Guild Benedetto Johnny Smith Award.

With its traditional design optimized by Benedetto, and built under his direct supervision, the Johnny Smith Award was significantly lighter in weight than its predecessor, improving both resonance and balance. The Benedetto S-6 floating humbucking pickup, originally designed by Kent Armstrong, offered incomparable accuracy and warmth as well. All this combined with appointments seen only on ultra-deluxe instruments of the golden era: an astounding 13 plies of body binding, 5 ply bound f-holes, and the Johnny Smith signature delicately engraved in the headstock with breathtaking attention to detail.

The back, sides and neck are carved from extravagantly figured bookmatched tiger flame maple, and the guitar has a vintage style sunburst finish subtly shaded over a bookmatched carved spruce soundboard. This instrument has been meticulously maintained in 100% original condition, without pick, buckle, thumb or fingerboard wear, with smooth low action over a fresh high precision setup, on the gentle D profile neck. The voice is rich and warm, with excellent balance throughout the range.

Built for only three years in total, the Johnny Smith Award was retired in 2005, and this lustrous instrument is number 35 of less than 80 known examples. The return of this classic model is a fitting tribute to an instrumentalist whose technical accomplishments, and superlative arrangements, have never been surpassed. One only: call now. 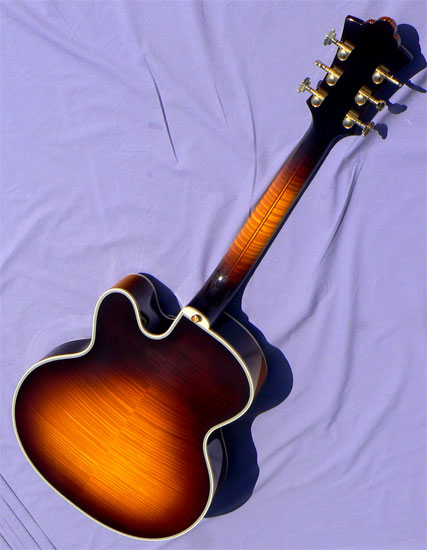 Setup: This instrument is strung with medium gauge nickel strings (.013-.056). The guitar will accommodate lighter or 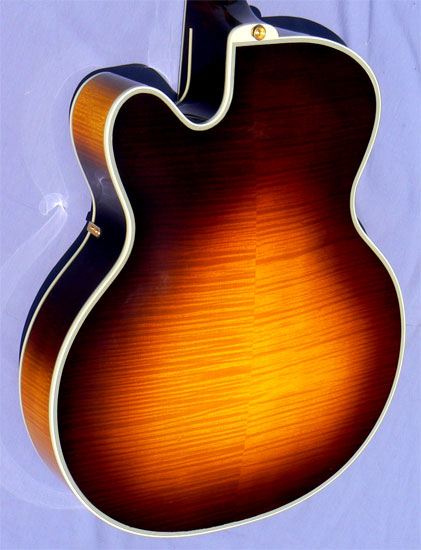 heavier gauge strings, according to preference. String action is set at 4/64" to 5/64" at the 12th fret, with moderate relief for acoustic playing with medium strings. The action may be lowered or raised to your requirements with the adjustable bridge. 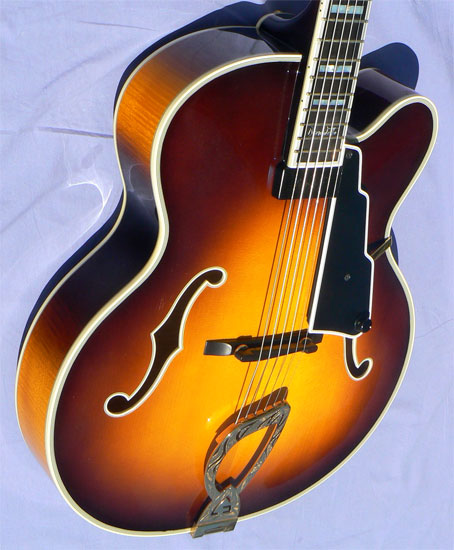 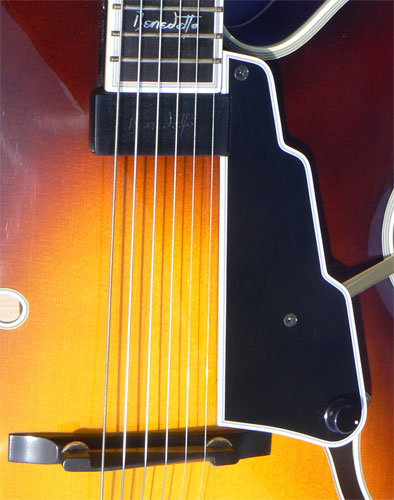 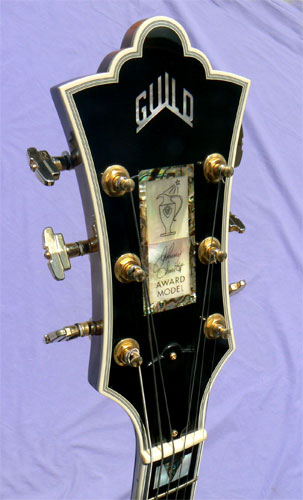 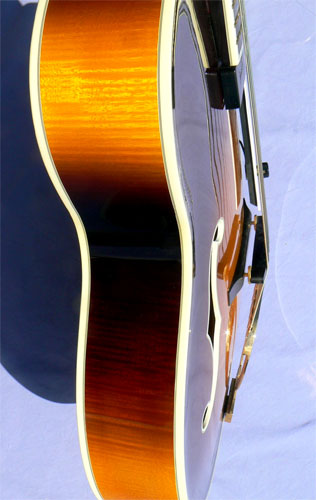 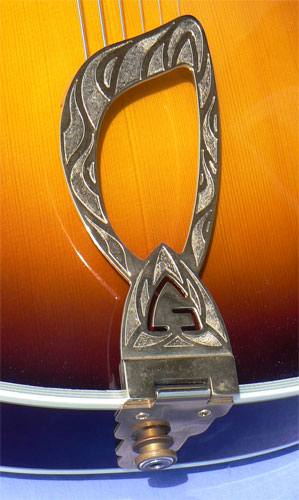