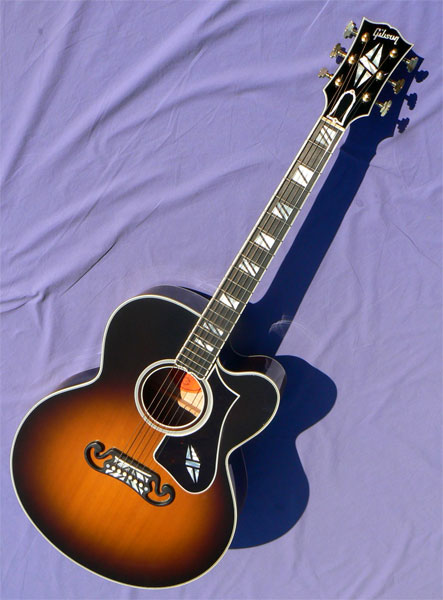 Status: Pricing and hold status for all instruments currently available is shown on our Instruments page here. If this instrument does not appear on the Instruments page it has been sold, and is no longer available. Photos and descriptions of Previously Sold instruments may by found here. To be notified of examples of this model or similar instruments in the future, please contact [email protected],. Please be specific on which instrument(s) you're looking for, and we'll be happy to contact you as soon as they become available.

Notes: Gibson's premier flat top guitar, the venerable J-200 had its origin with several singing cowboys, including Ray Whitley, who received an early example late in 1937. A 12 fret rosewood guitar with an L-5 neck, inlays and pickguard, this prototype was designated as an 'L-5 Special'. By the following year a 14 fret model reached the market, and maple bodies made their debut in 1947. The first blonde examples appeared a year later, and by the early 50's the body depth had increased to a full 5" at the endpin. Notable J-200 players have included Gene Autry, Merle Travis, the Everly Brothers, George Harrison, Jimmy Page, Pete Townsend, Bob Dylan, and Emmy Lou Harris, whose trademark super jumbo was a gift from Gram Parsons himself.

While Gibson cutaway guitars date back to the ornate Style 0 Artist of 1908, the firm's first cutaway flat top debuted in 1950 with the CF-100 model. Finally in 2001, Gibson's Montana Custom Shop introduced the Super 200, a limited edition of their largest, most ornate flat top, built with an elegant Venetian cutaway. Sharing the signature split-diamond inlays of the Super 400, it's archtop counterpart, the S-200 features an intensely flamed maple body, Grover Imperial tuners, and a unique inlaid bound tortoise pickguard.

This striking example was hand crafted in Gibson's Montana Custom shop with a spectacular bookmatched flame maple body, finished in a lustrous deep Cremona sunburst lacquer. At barely 5lb in weight, the guitar is evenly balanced on the lap or the strap, and the neck binding is gently rolled for player comfort. This rare example has been maintained in all original condition, and appears virtually unplayed. The action is smooth and low over a gentle C profile neck, with a fresh high precision setup. The voice is simply cavernous, with deeply resonant bass, and clear sparkling trebles, with volume and projection to burn. All enhanced for the contemporary player with an extended cutaway, offering full access to the entire length of the fretboard.

No more than a handful of these beauties were produced during its limited run, which ended several yaers ago. With its L-5 size body and Super 400 styling, Gibson's Big Boy just got better. One only: call now.

Setup: This instrument is strung with medium gauge bronze strings (.013). The guitar will accommodate lighter or heavier gauge strings, according to preference. String action is set at 4/64" to 5/64" at the 12th fret, with moderate relief for acoustic playing with medium strings. The action may be lowered or raised to your requirements with the adjustable bridge. 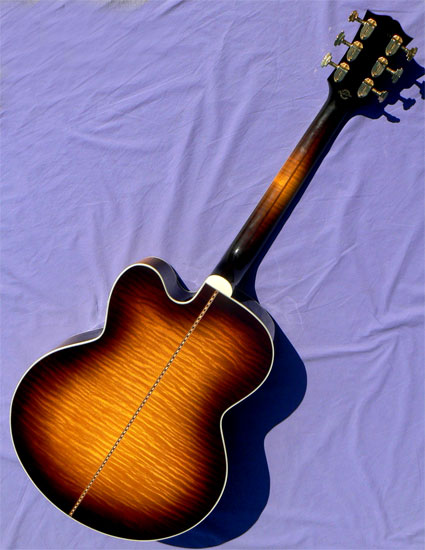 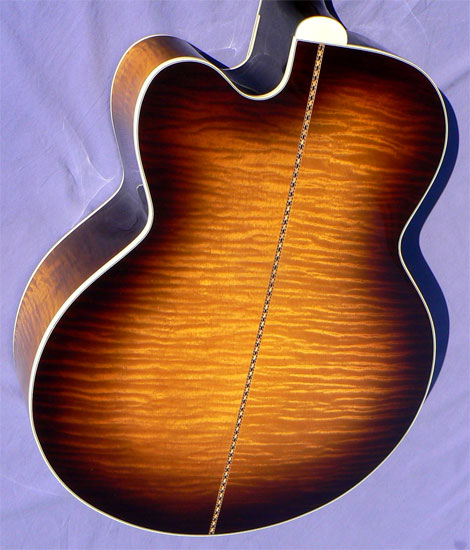 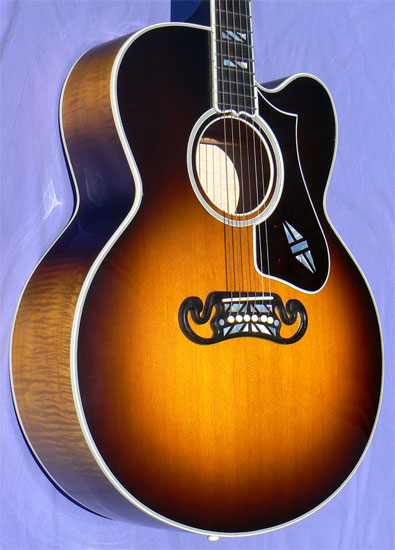 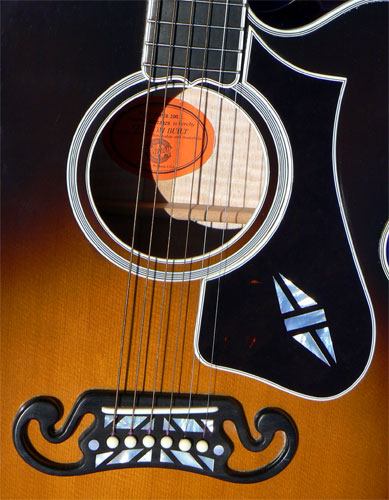 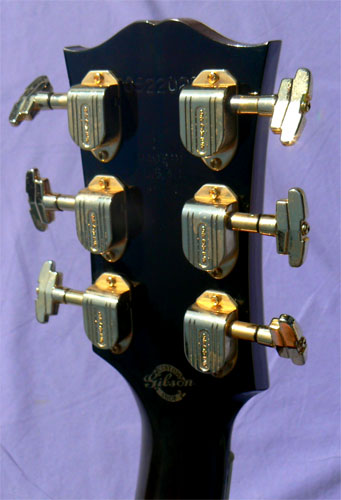 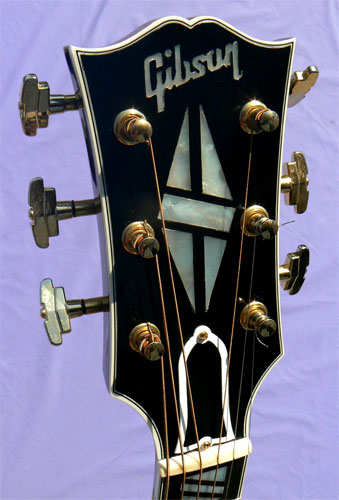 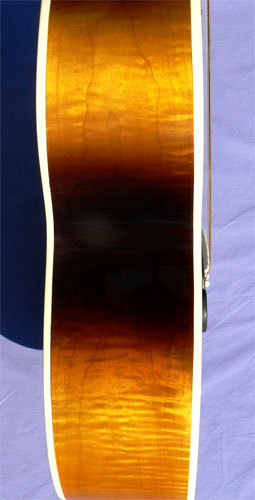