Notes: His surname became the most famous musical trademark in history. And yet he was never even a partner in the firm that bore his name.

Born in 1856 in upstate New York, Orville Gibson moved to Kalamazoo, Michigan around 1890. Working odd jobs, Gibson made instruments at night, initially as a hobby. In February of 1898, he obtained a patent for an innovative mandolin design: with a carved soundboard and back, Gibson's instrument was louder, sturdier, and easier to hold than the traditional Neapolitan 'bowl back' models of the day.

Impressed with his concept, a group of local investors licensed Gibson's patent, and in 1902 formed the Gibson Mandolin-Guitar Company. Though Orville continued to have some limited employment with the firm until around 1908, his principal involvement seems to have devolved to his name on the headstock, and face on the label inside.

The Gibson Company's first catalog from 1903 features five oval-bodied 'A' model mandolins, and another five 'Florentine' models, 'F' through 'F-4'. These top of the line instruments debuted the distinctive scroll body and peghead, and the extended fingerboard still seen on Gibson F models to this day. With oval soundholes, these earliest Florentines featured a body with three points on the rims, and distinctive checkerboard 'rope' binding on models 2 through 4.

Seen only in this first catalog, the F-3 model is described as having a 'Norwegian spruce' top, 'Sydney pearl' inlays and binding, and an 'ebonized' French polish finish. All known examples of this ornate model appear to have been built only in 1904 or '05. No further mention of the elusive F-3 appears in any subsequent Gibson catalog, and along with the earliest model 'F', remains almost certainly the rarest mandolin model the firm ever produced. (And, at a whopping list price of $177.30, an average US worker in 1904 would have had to toil for almost 5 months to afford one.)

This striking example has been maintained in a fine private collection for some decades, and bears distinctive touches of the earliest F-series instruments: the inlaid Handel tuners, 'pineapple' engraved tailpiece cover, and pearl bordered tortoise pickguard, inlaid flush to the soundboard. In addition, the neck is hollowed, in the fashion of Orville's earliest instruments, lending the mandolin an almost ethereal weight of barely 2lb. 2oz. The solid ebony fingerboard is ornately inlaid from the first fret to the 20th, and all pearl segments in the binding are original and soundly in place.

The ebony soundboard finish is all original, with surprisingly little playwear, and the body and neck appear to have been professionally oversprayed some time ago. The soundboard has settled a bit over the years, but remains sound and vibrant, with only a single short grainline crack just below the scroll. All strings are soundly secured to the tailpiece, though one of the loop end retaining tines has sheared off over time. The action remains smooth and low with recent vintage style fretwork and a fresh high precision setup.

And the tone is the best surprise of all: clear, brilliant and vibrant, the voice has remarkable projection and shimmering natural reverb. Make no mistake, this striking instrument is no mere wallhanger, but an instrument made to be played, even after more than a century out of the Kalamazoo factory. A true delight, and surely one of the finest surviving examples of this vanishingly rare piece of plectral history. One only: call now. 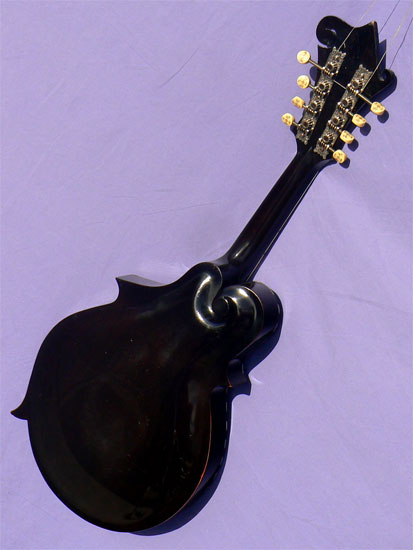 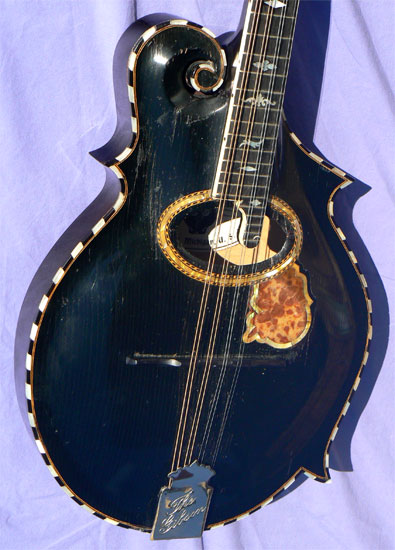 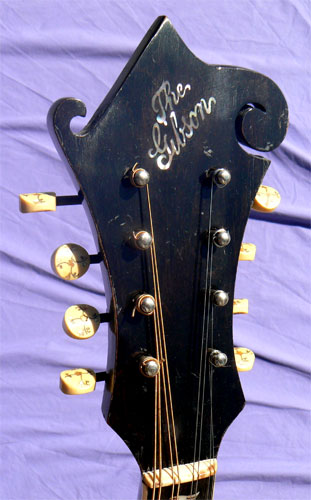 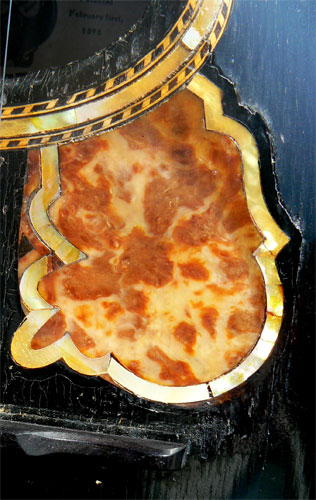 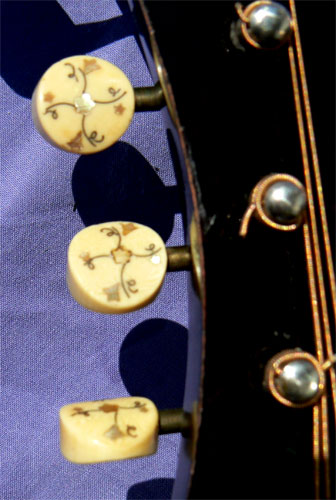 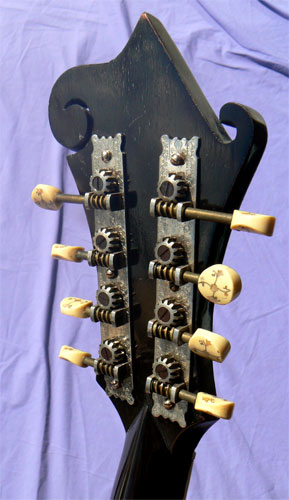 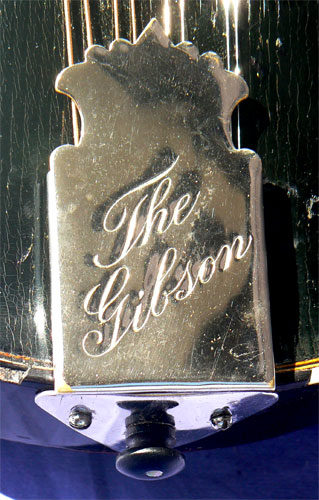