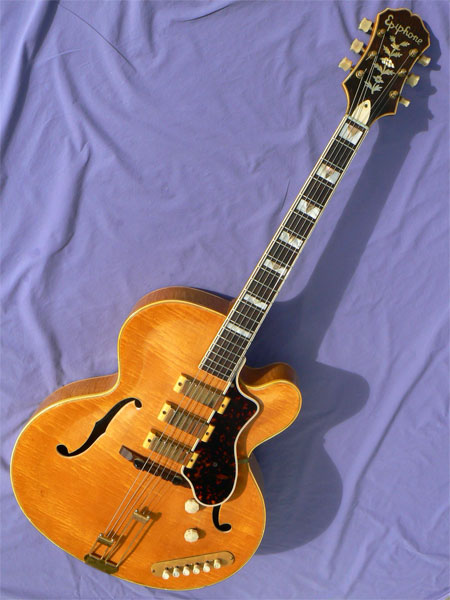 Notes: The Fifties were in full swing, and life was at the touch of a button. Push button light switches had been available since the 1880's, and by the late 20's, Zenith had home radios with push button tuning, which by the mid-'30s had migrated into automobiles. By 1954, Chrysler upped the ante with its Dynaflyte transmission, which positioned gear buttons conveniently on the dashboard. But Epiphone beat Detroit by some three years with this extravagantly featured model, whose ingenious 'Varitone' pickup selector put a rainbow of voicings right at the player's fingertips.

Making its debut in 1951, the Zephyr Emperor Regent was Epiphone's electric version of their massive Emperor Regent cutaway acoustic archtop. The first examples bore the designation "Zephyr Emperor Vari-Tone" after the unique six pushbutton pickup selector switch system. (The name was quietly changed after a few months, perhaps after a reminder that the term had been in use by Gibson for their Varitone tailpiece adjuster for over a decade.) Renamed the Zephyr Emperor Regent, and finally simply the Emperor Electric, the big guitar was Epi's top-of-the line electric model, equivalent in price and prestige to its main competitor, the Gibson Super 400CES, which was introduced that same year.

Featuring a deeper cutaway than its Gibson rival, the Zephyr Emperor Regent improved upper fingerboard access by two to three frets over the cutaway Super 400, and upped the pickup count by featuring three adjustable 'Tone Spectrum' (aka 'New York') single coil pickups, with cream Bakelite mounts. Discontinued after Gibson purchased the Epiphone company in 1957, this rare model was the firm's most costly electric guitar, and the versatility of its pickup selector, featured by artists as diverse as Harry Volpe, Duke Robillard and Elvis Costello, has never been matched by Gibson to this day.

This majestic blonde was produced in mid-1953, and is one of about 20 known examples produced in its batch. Epiphone spared no ornamentation for this top-of-the line guitar: a veritable showpiece of extravagantly figured tonewood, with tiger flame maple laminate in the top, sides and neck, and rare bubble (or blister) maple on the back. The pale mother-of-pearl block fingerboard inlay is inset with vertical wedges of luminescent Paua abalone, which also appears in the ornate tree-of-life inlay in the peghead and logo.

Lovingly maintained, this big guitar shows a lustrous, deeply ambered natural finish unusually free of pick, buckle, or thumb wear. (A small drip line in the finish is visible near the control knobs, and apart from a few random finish dings on the neck, the guitar shows few signs of play altogether.) The fingerboard is smooth and straight, the Pat. Pend. Frequensator tailpiece is solid, and original multi-ply binding remains tight to the body, with a few small shims here and there.

The neck has a comfy solid C profile, and the action is smooth and low over fine original fretwork with a fresh high precision setup. The single-coil 'Tone Spectrum' (or 'New York') pickups are clear and detailed, and the exclusive Vari-Tone pickup selector (later copied by Guild for their X-375 model) permitted unprecedented variation in tone colors at the touch of a button. And all nestled in its original deluxe brown Lifton plush lined Epiphone logo hardshell case, every bit as lovely as the guitar itself.

As regal as a Chrysler Imperial, the Zephyr Emperor Regent embodies 50's push button technology at its most exuberant: it's got everything but the tail fins. One only: call now.

Setup: Truss rod adjusted; bridge height adjusted; bridge compensation strobe tuned; string slots at nut and bridge inspected and recut as necessary; bridge foot and saddle radius inspected; bridgewheels and tuners lubricated; fingerboard and bridge conditioned; body and neck cleaned and hand polished. This instrument is strung with medium gauge nickel roundwound strings, and will accommodate lighter or heavier gauge strings, according to preference. String action is set at 4/64" to 5/64" at the 12th fret, with light relief. The action may be lowered or raised to your requirements with the adjustable bridge. 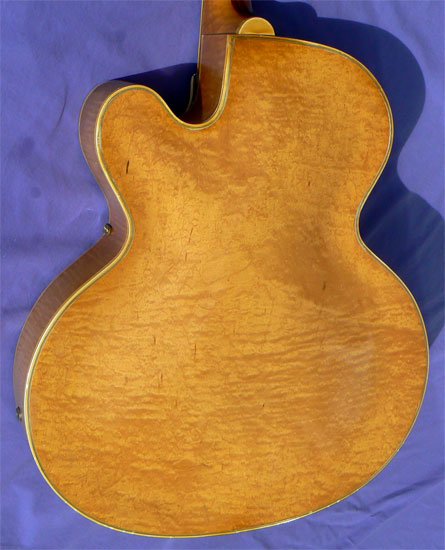 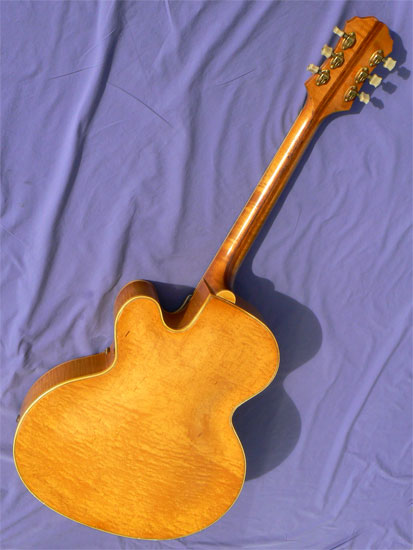 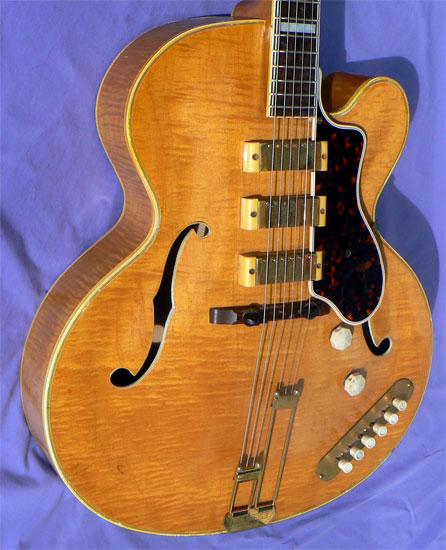 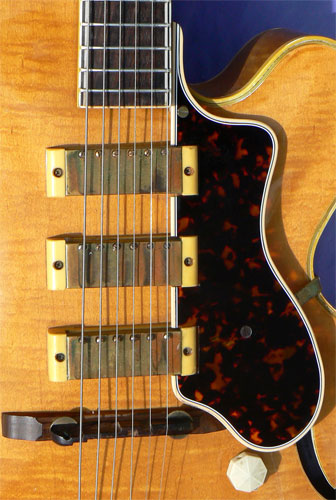 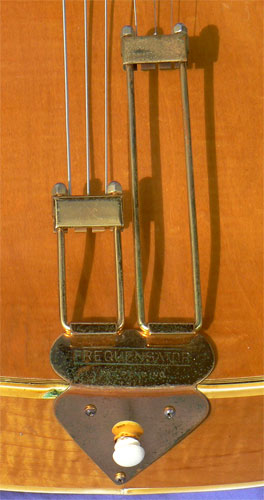 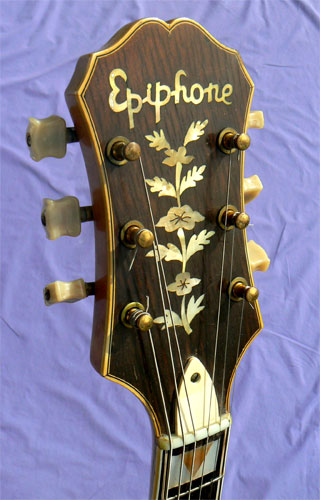 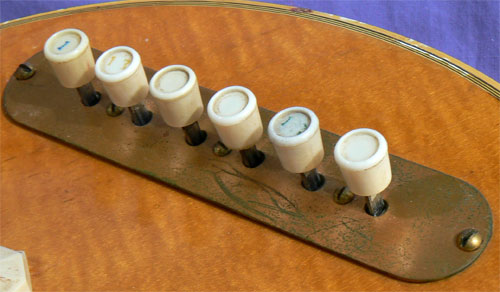 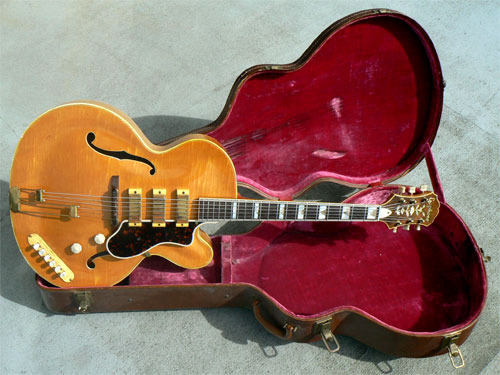