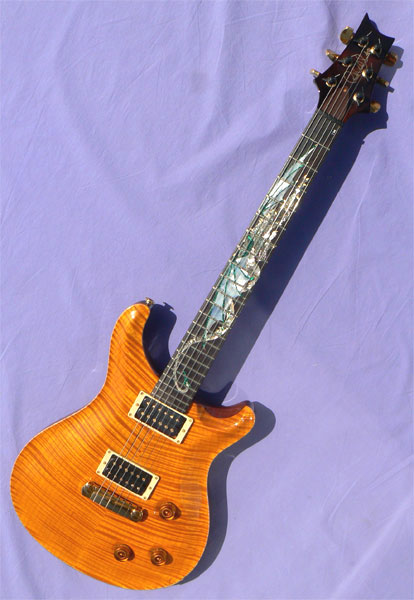 Notes: As a teenager, Paul Reed Smith had a dream where he envisioned a guitar with a fingerboard vividly inlaid with the image of a dragon. It took him until 1979 until he finally built his first one, with inlay laboriously inset piece by piece, entirely by hand. Finally in 1992, Larry Siffel of Pearl Works approached PRS with the concept of creating inlay with the emerging technology of computer assisted CNC machining, which could enable a level of detail, precision and complexity orders of magnitude greater than anything the human hand could possibly perform.

In a matter of months, the two created the Dragon, the young firm's first guitar with a 22 fret neck, stoptail bridge, and specially designed Dragon humbucking pickups. But most distinctively, the guitar had an unprecedented fingerboard inlay: an exquisitely ornate dragon, in side view, comprised of over 200 pieces of precious metals, gemstones, and exotic shell materials.

Released in a series limited to just 50 examples, the Dragon I created a sensation, and even at the then unheard-of price of $8000, sold out almost immediately. The following year, PRS debuted the Dragon II, with an even more complex design, featuring both wings of the fabled creature, executed in some 218 pieces of gold, coral, abalone, malachite, onyx, and mother of pearl. In addition, the signature headstock logo was inlaid in solid gold.

With just 100 instruments in its production run, the Dragon II again became a coveted collector's treasure. After the release of the final model of the original series in 1994, the world would have to wait over half a decade to see another PRS Dragon, further increasing demand for these hitherto unimaginable works of ultra-precision art and luthiery. Since that time, they have been featured in the Smithsonian Museum and New York's Museum of Modern Art, as well as the subject of a special exhibition in the Musem of Musical Instruments in Phoenix.

This magnificent guitar is a rare example in the natural amber finish, which highlights the intensely tiger flamed Bigleaf maple top to optimum advantage. The 'wide-fat' set neck echoes the coveted profile of the late 50's Les Pauls, and at 7lb 14oz, the instrument is nimbly balanced on the lap or the strap. The 10" radius Brazilian rosewood fingerboard offers smooth low action over a fresh high-precision setup, and the specially wound Dragon humbuckers are a marvel of versatility, with the neck smooth and rich at 7.9K, and the bridge pickup bold and crunchy at 17.1K. The five way pickup selector affords tremendous versatility in tone as well, with full humbucking or single coil options available at the twist of the switch.

The instrument appears virtually unplayed, and has been lovingly maintained in 100% original condition, along with its original deluxe hardshell case, Certificate of Auhenticity and accessories. The pinnacle of PRS Private Stock releases, this incomparable Dragon will bring fire to the most incendiary collection. One only: call now.

Setup: Trussrod tension and neck relief adjusted; bridge height adjusted; bridge compensation set; string slots at nut and bridge inspected; bridge wheels lubricated; fingerboard; body and neck cleaned and hand polished. This instrument is strung with .010 gauge nickel roundwound strings, and will accommodate lighter or heavier strings, according to preference. String action is set at 4/64" to 5/64" at the 12th fret, with light relief. The action may be lowered or raised to your requirements with the adjustable bridge. 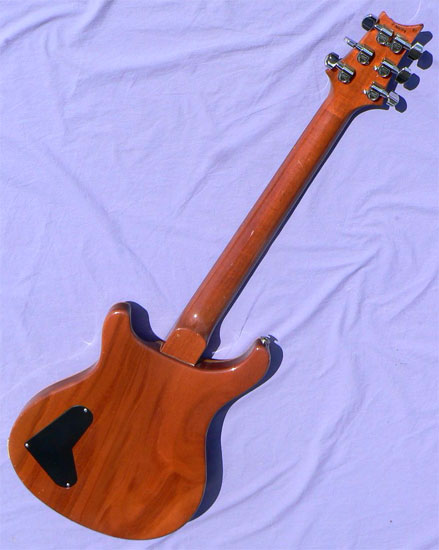 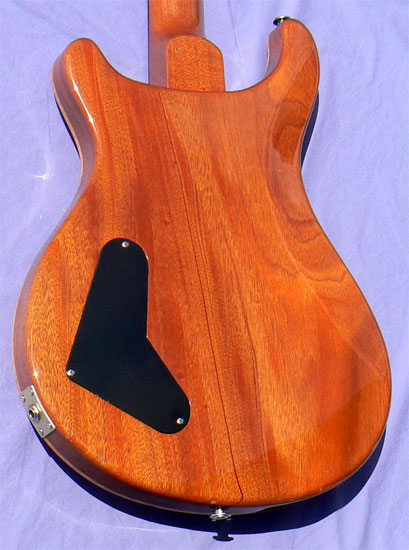 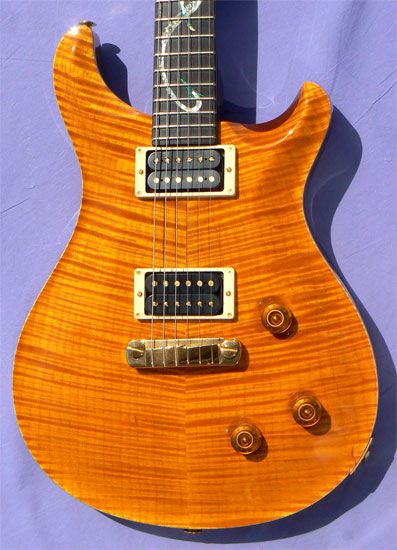 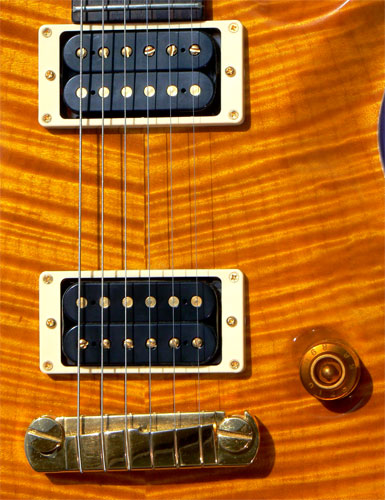 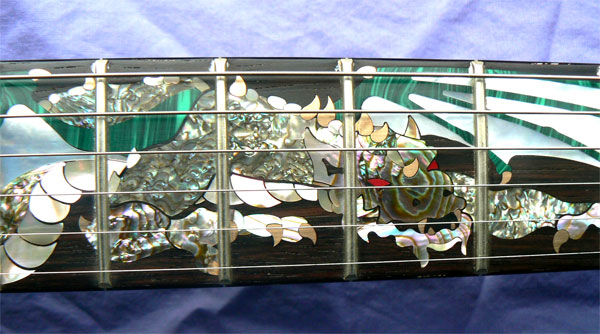